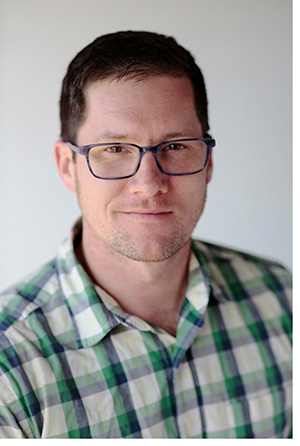 The short of it...
I'm a photojournalist by trade who believes the best way to make meaningful images is not through using the greatest gear, but being a patient listener, a careful observer and always using head and heart equally when making photographs.

I love the power of the still image. Whether I'm producing a portrait or documenting a subject, my goal is always to make a picture that informs the viewer while respecting the subject. These are not my stories, but I have the honor to share them.

I'm also discovering ways to translate that impact into multimedia through both still and moving images, and audio. It's a challenge, and I learn something new every day. I've also got experience as a photo editor and there's few things I like more than sitting down and piecing together a great visual story with a photographer. So if you have a project and need some advice, I'd love to chat over the phone or have a cup of coffee together.

Josh was also a multimedia photojournalist at the Casper (Wyo.) Star-Tribune, a staff photographer at the Columbia (Mo.) Daily Tribune, and the chief photographer at ThisWeek Community News, a group of 24 weekly newspapers covering central Ohio. After receiving his masters degree in Journalism from the University of Missouri, Josh worked as the director of photography at the Columbia Missourian and was also an adjunct instructor in photojournalism at the Missouri School of Journalism, where he taught Picture Editing & Photo Desk Management and Electronic Photojournalism. He's also taught as an adjunct at Ohio Wesleyan University and hopes to one day return to the classroom full-time.

In August 2009, he edited and published his first book, St. James: The people of Missouri's 'Forest City of the Ozarks', a compilation of documentary photo stories from the 60th Missouri Photo Workshop and University of Missouri photojournalism students, which Josh edited and designed as part of his master's project at the university.

He lives in Columbus with his wife, Jackie, the Cincinnati Enquirer's Columbus Bureau chief, their two daughters and their two tiny dogs.

All content © 2009-2018 Joshua A. Bickel and/or associated publishers. No content may be reproduced, redistributed or stored in an electronic or analog archive without prior written consent of the photographer and/or publisher. Please don't steal.